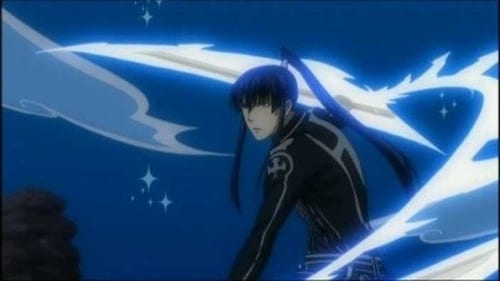 Lero kidnaps Lenalee, who is sucked into a portal. Seeing Lenalee disappear, Allen reaches into the portal and is pulled in as well. Lavi, Kanda, Krory, and Chaoji follow suit. Soon after, those who are left behind look to the sky and see a strange object in the sky; General Tiedoll and Bookman realize that the object is the infamous Noah's Ark. They are then attacked by a horde of giant Akuma. Marie attacks with Noel Organon while Tiedoll attacks with Art. Miranda, who is still tired from the previous encounters, tells Bookman that everyone's time is still inside her Innocence, but any new injuries that they receive will not heal. Inside the Ark, Allen and his friends see a projection of the Earl, who tells them that they will be deleted (along with the Ark) in three hours. The Exorcists race to find the exit that Allen had previously used. Tyki appears and tells them that there is an exit situated at the Ark's highest point, the top of a tower. Allen realizes that Tyki is the Noah that destroyed his Innocence. Tyki gives them a key to Road's exit door and leaves. The room that the Exorcists enter is occupied by the Noah, Skin Boric. Kanda, who recognizes Skin as the Noah targeting General Tiedoll, tells the others to go ahead and prepares to challenge Skin by himself.