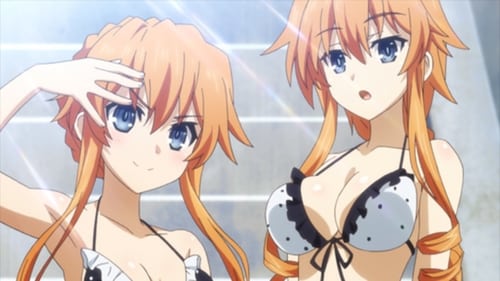 The twin spirits, still trying to seduce Shido, start cuddling up to Shido completely naked in bed. The situation worsens when one of his teachers walks in on the mess. Later, Shido plans to seal the Yamai twins' powers without letting one of them win in an effort to avoid both the unpredictability of the loser and what would happen to the loser's personality. During their contest, they have Shido coat their backs in suntan lotion ending up turned on from the application. Later, the Yamai sisters team up with Shido to take on Tohka and Origami in a volleyball game in which the winner is the former's team. During the afternoon, Origami is ambushed by a strange mech-like being.