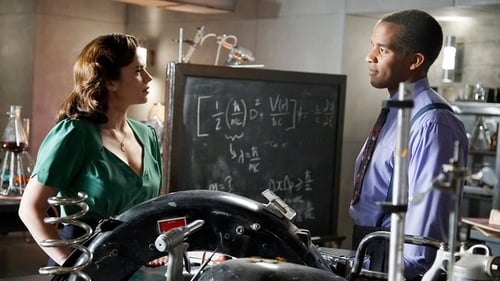 At Frost's behest, Chadwick frames Wilkes as a Communist spy who had infiltrated Isodyne and destroyed the facility. Thompson comes to Los Angeles to 'clean-up' the situation at the invitation of Masters, sending Carter back to New York when she enlists the help of Howard Stark to investigate the Arena Club—whose membership pin was borne by the Council agents—but is unable to prove that the Council has blackmailed Chadwick's senatorial competitor into dropping out of the race. Carter 'misses' her flight, and after unsuccessfully confronting Frost, is attacked by Council hitman Rufus Hunt, barely fending him off. Investigating a gravitational anomaly around Carter, Stark discovers Wilkes is alive but temporarily invisible and non-corporeal, and goes in search of his mentor for help in restoring Wilkes' body.