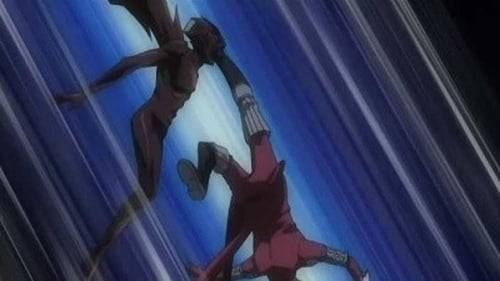 In their combined form, Jasdevi has become exponentially stronger. Krory fights Jasdevi one on one to allow the others time to escape. When Krory drinks one of his three bottles of Chomesuke's blood, he is able to fight almost on par with Jasdevi. Jasdevi angers him by casually calling him a vampire and a monster. It reminds him of his lost love, the only one allowed to call him "vampire." Fueled by his anger, Krory drinks a second bottle of blood, but the fight has left him too weak to break down the poison within the blood. He grows weaker, but tries to avoid drinking the last bottle. As the fight wears on, he decides he must drink the last bottle, but Jasdevi takes it from him and drinks it himself. With Krory greatly weakened, Jasdevi is able to enclose him inside an iron maiden.