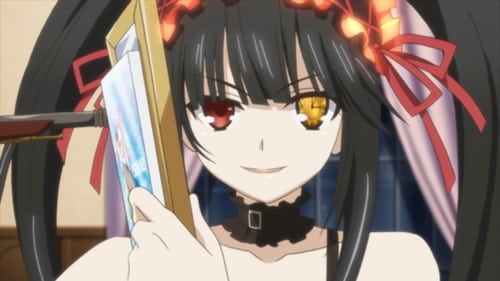 As the score results for the annual contest comes in, even though Miku won the best performance, the support of Raizen's Maid Café earns Shido enough declare winner. Depress and refusing to accept Shiori's friendship, Miku unleashes her angel Solo brainwashing the crowd, except Tohka, and hold down Shiori. But then Miku finds out Shiori is a guy leading her totally shock. To make matters worse, Fraxinus and Kotori fallen under Miku's control too, and Ellen abducts Tohka. Shido manages to escape, however, he is now a fugitive in the city. Thought-out the disturbance, Shido meets Kurumi and begs her to help him. Tohka awakens in the DEM facility restrained.