The Promise to Keep 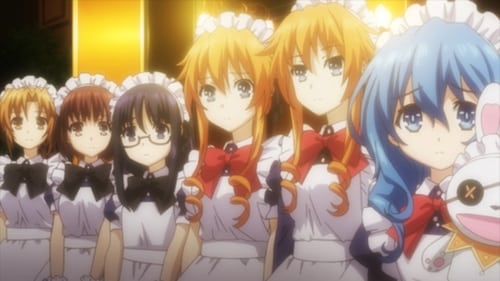 Shido and Kurumi arrive back at the Tengu Square to reason with Miku. Obnoxious she attempts to assault Shido, but Kurumi's power intercepts as she's resistible to Miku. As Kurumi distracts Kaguya, Yuzuru, and Yoshino; Kurumi traps Miku with Shido in a dark void to have private conversation. Despite his apology she still will not listen, so Shido makes his way to rescue Tohka alone. Westcott torments Tohka for his ambition to harness her power in despair. Fake spatial quake alarms are set off to evacuate all civilians. Kurumi holds off a pack of Bandersnatch units, as Mana appears and everyone aboard Fraxinus are back in their right minds. Meanwhile, Miku struggles about Shido's justice whether he actually cares for others than himself. Infiltrating the DEM Industries, Mana and Jessica engage, communications are jammed, Shido summons the Sandalphon to swipe the guards and enduring Kotori's healing ability.