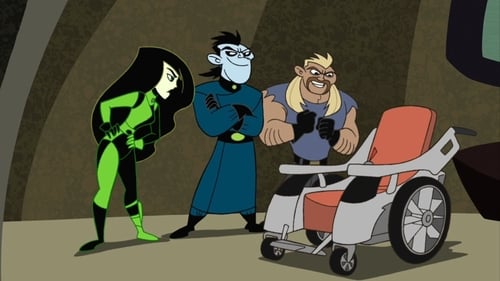 When Dr. Drakken is ordered by his mother to look after his cousin which turns out to be Motor Ed, Drakken and Motor Ed work together to complete a “Doomvee”, which is a Humvee that is full of superior weaponry. Meanwhile, Kim is feeling alone because Ron is spending the weekend with Felix instead of her, which causes her to become desperate because she needs some social interaction. Kim attempts to hang out with Ron and Felix despite the fact that she hates doing whatever they do, but when Dr. Drakken and Motor Ed steal Felix’s wheelchair, they work together to see if they can retrieve his wheelchair back and put an end to their evil plan.