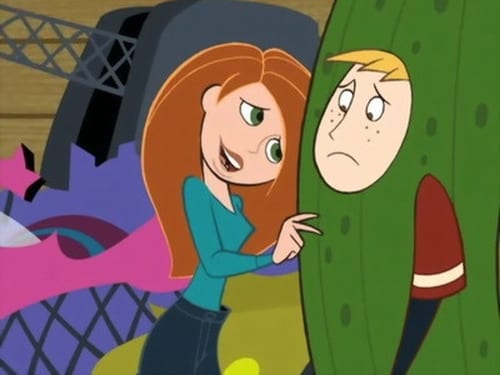 While trying to stop Dr. Drakken, Kim gets into a fight with Shego in which they accidentally get a microchip attached to each of them that can control their emotions. However, when Ron accidentally picks up the control device instead of Kim’s communicator, he thinks it’s a game and he inadvertently controls Kim and Shego’s moods, in which he puts on romance mode before he and Kim go to school. Ron must now deal with Kim’s sudden advances towards him while trying to determine what he should do about the situation, all the while Drakken is dealing with a suddenly love-stricken Shego.