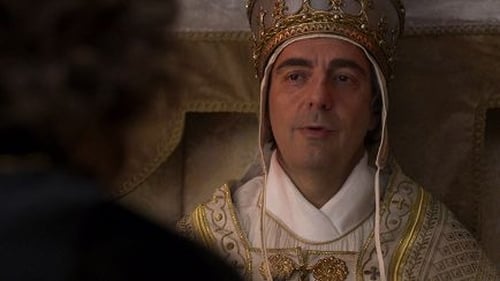 Sixtus IV is dead. Lorenzo and Clarice travel to Rome to support the election of their candidate for the papal throne, but they have to deal with the plots of Riario. The Medici find an unexpected ally in Caterina Sforza, Riario's wife. Despite the family's efforts, the new Pope Cybo proves difficult to control. In Florence, Savonarola harangues against Lorenzo for his influence in the conclave.