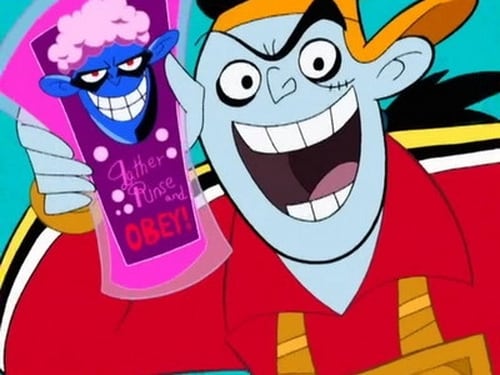 After Kim constantly foils Dr. Drakken’s evil plans, he decides to try to take over the world through his brain washing shampoo “Lather, Rinse, Obey”. However, the shampoo sells horribly and after talking with Shego, he learns that items mentioned in hip-hop music usually sells quite quickly. When his attempts to persuade a star to use his produce in their song, he enters an “American Idol” type contest in order to become a star long enough to make his shampoo sell. However, with Kim on his trail, will she be able to foil his plan once again?