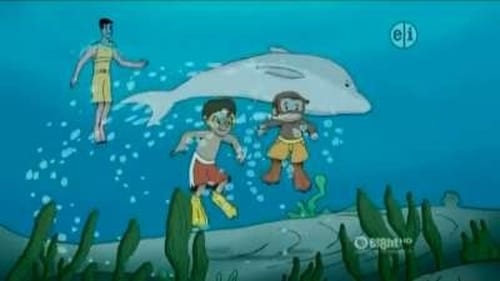 George and Marco have gone on vacation with Professor Wiseman and The Man with the Yellow Hat to the beach. They have all come for a vacation on the beach as well as to observe the tides and the tidal pools. Professor Wiseman explains to George and Marco that in ancient times, items left on the beach had been buried by the tides almost like buried treasure, leaving George and Marco to try to bury a box of treasure on the beach themselves, including Marco's favorite toy, Silverwolf, a small silver plastic wolf. They later decide to locate and dig up the treasure but they can't seem to find it, and the water is deeper than it was before. They also get distracted by a friendly and playful dolphin in the water. They later see how the tides constantly change the shore and how they are always moving, even surfacing the treasure they couldn't find before.