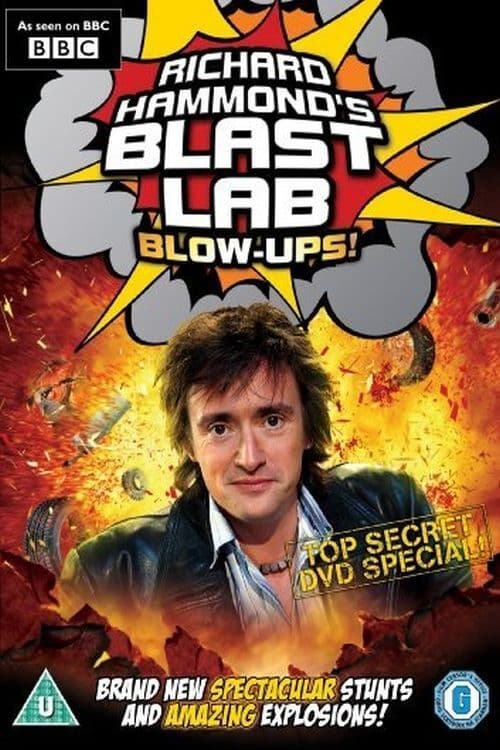 Richard Hammond's Blast Lab is a children's television programme made by DCD Media-owned September Films and Hamster's Wheel Productions for the BBC and shown on the CBBC Channel and CBBC outputs on both BBC One and BBC Two. The programme involves two teams of three children – referred to as the Red Team and the Yellow Team – taking part in science-related challenges to win prizes at the end of the show. The team that loses get the honour of blowing up their prizes. Hammond has taken an approach that has come from years of working on Top Gear with elements of Brainiac: Science Abuse. The show also features Hammond's prized 1963 Opel Kadett car named "Oliver", which he acquired for the Top Gear: Botswana Special. Richard's "Ninja Nan", who acts as security at the Blast Lab, is introduced at the start of each episode as substitute for SAS guards who, for a different reason in each episode, are absent. Ninja Nan also displays the prizes the winning team will be taking home with them, as well as those the losing team would have won, after the final challenge, which is called the 'Messy Messy Mess Test' and involves both teams and a large tank of gunge. Loyal, yet incompetent servant-like men which Richard refers to as "Lab Rats" also appear in every episode. Lab Rats, who wear lab coats that have one half red and the other half yellow, are always seen taking on dangerous stunts and moaning around the lab. According to the introductory credits, the secret lab is supposed to be located beneath Mapledurham Watermill in Oxfordshire. In episode 7, the bias against caravans, which is often brought up in Top Gear and in Brainiac, continues, with one being wrecked by a fiery catapult.