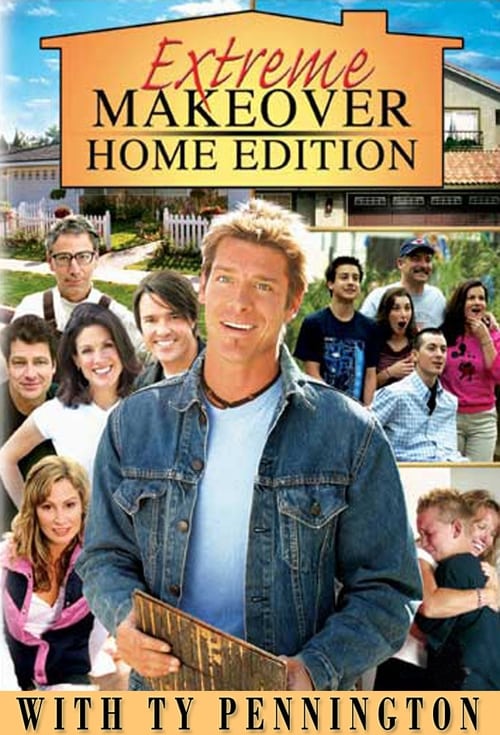 Extreme Makeover: Home Edition is an American reality television series providing home improvements for less fortunate families and community schools. The show is hosted by former model, carpenter and veteran television personality Ty Pennington. Each episode features a family that has faced some sort of recent or ongoing hardship such as a natural disaster or a family member with a life-threatening illness, in need of new hope. The show's producers coordinate with a local construction contractor, which then coordinates with various companies in the building trades for a makeover of the family's home. This includes interior, exterior and landscaping, performed in seven days while the family is on vacation and documented in the episode. If the house is beyond repair, they replace it entirely. The show's producers and crew film set and perform the makeover but do not pay for it. The materials and labor are donated. Many skilled and unskilled volunteers assist in the rapid construction of the house. EM:HE is considered a spinoff of Extreme Makeover, an earlier series providing personal makeovers to selected individuals, which the Home Edition has now outlasted. This show displays extreme changes to help recreate someone's space. However, the format differs considerably; in the original Extreme Makeover, for instance, participants were not necessarily chosen based on any recent hardship, whereas the family's backstory is an important component of Home Edition. EM:HE also has similarities to other home renovation series such as Trading Spaces, on which Pennington was previously a key personality.