All Dogs Go To Heaven: The Series 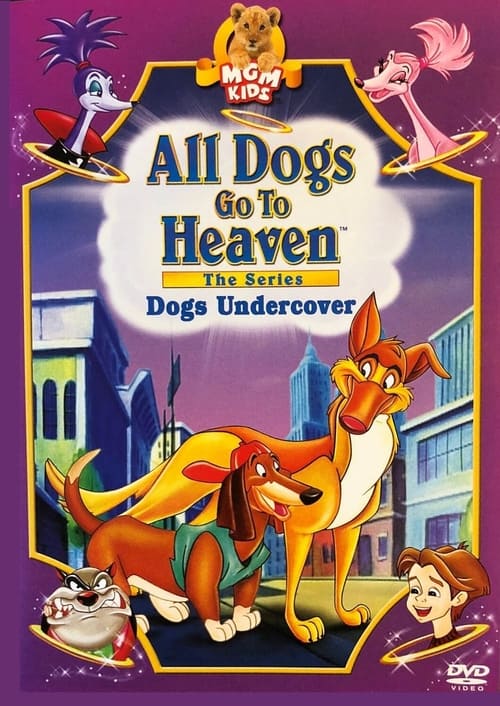 All Dogs Go to Heaven: The Series is an animated television series which aired from 1996 to 1998 in syndication and on the Fox Family Channel from 1998 to 1999, with 41 half-hour episodes produced in total. It aired on Cartoon Network in 1999 to 2000. It was produced by MGM Animation and was distributed by Claster Television. Don Bluth’s 1989 animated feature All Dogs Go to Heaven featured a roguish German Shepherd named Charlie who died, went to heaven, conned his way back to Earth for vengeance on his killer Carface and then found redemption through a little orphaned girl named Ann-Marie. The film was popular with audiences, spawning a sequel, All Dogs Go to Heaven 2 and this animated series. The theme song for the series is "A Little Heaven", written by Lorraine Feather and Mark Watters. The singers were Gene Miller of Nashville, Clydene Jackson-Edwards and Carmen Twillie. Most of the voice actors from the feature films reprised their roles in the series, including Dom DeLuise, Ernest Borgnine, Charles Nelson Reilly, Bebe Neuwirth, Sheena Easton and Adam Wylie. Steven Weber provided the voice of Charlie B. Barkin, who was voiced in the films by Burt Reynolds and Charlie Sheen.