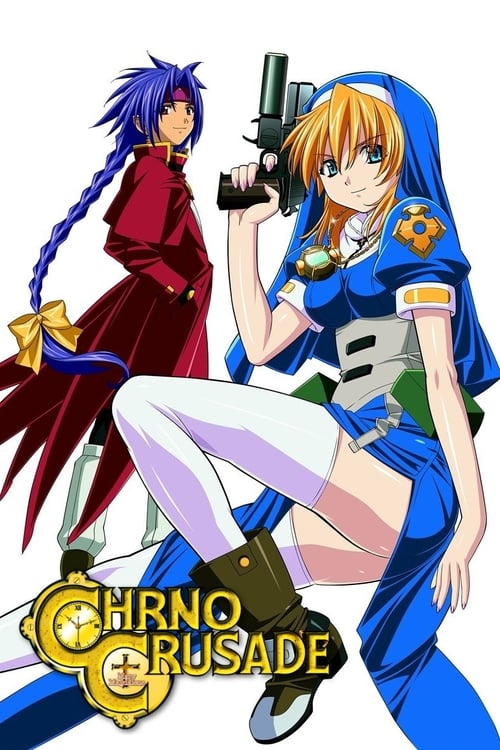 Chrono Crusade, in first position known as Chrno Crusade due to a typo in the original logo, is a Japanese manga series written and illustrated by Daisuke Moriyama. It was originally published by Kadokawa Shoten in Comic Dragon, then a special issue of the Dragon Magazine. A 24-episode anime television series based on the manga ran from 2003 to 2004 on Fuji TV. The animation work was done by Gonzo. The series was released in North America by ADV Manga and ADV Films, titled Chrono Crusade. Set in New York during the 1920s, Chrono Crusade follows the story of Rosette Christopher, and her demon partner Chrono. As members of the Magdalene Order, they travel around the country eliminating demonic threats to society, while Rosette searches for her lost brother Joshua.