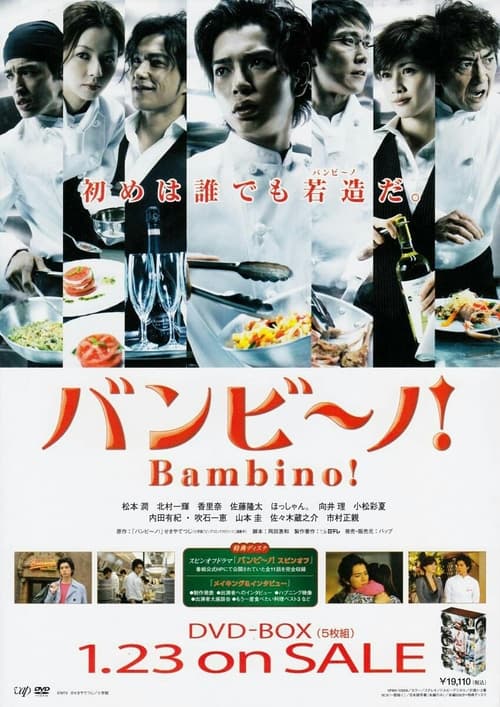 Bambino! is a Japanese cooking manga written and illustrated by Tetsuji Sekiya. The manga has been serialized in Shogakukan's seinen magazine Big Comic Spirits. As of February 2009, Shogakukan has published 14 bound volumes of the manga. It received the 2008 Shogakukan Manga Award for seinen/general manga along with Takeshi Natsuhara's and Kuromaru's Kurosagi. NTV broadcast the live-action TV drama from April 18, 2007 to June 27, 2007. It was broadcast in the United States, Canada, and Puerto Rico by TV Japan, an affiliate of NHK, from January to March 2008.