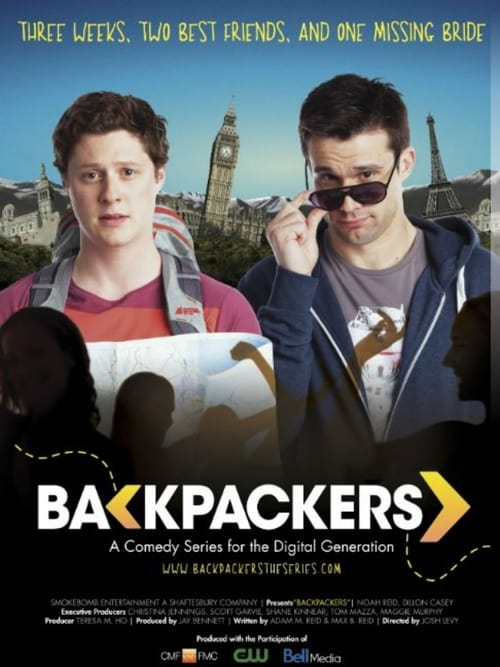 Backpackers is a Canadian comedy web series, which aired in 2013 on CTV.ca and CW Seed. The series stars Dillon Casey and Noah Reid as Brandon and Ryan, two friends on a backpacking trip across Europe after Ryan and his girlfriend Beth (Meghan Heffern) experience cold feet over their pending engagement. Ryan's stolen journal is posted on the Internet and goes viral, sending Ryan, Brandon, and Brandon's brother Andrew (Giacomo Gianniotti) on another journey, to recover the journal and fulfill Ryan's dream of becoming a published author. The CW picked up the series for television broadcast, for which material from the web series was edited into four half-hour episodes, and six new episodes were produced. The series made its television premiere on July 14, 2014. On July 23, 2014, The CW removed Backpackers from its schedule after just two episodes, and released the remaining episode on CW Seed.