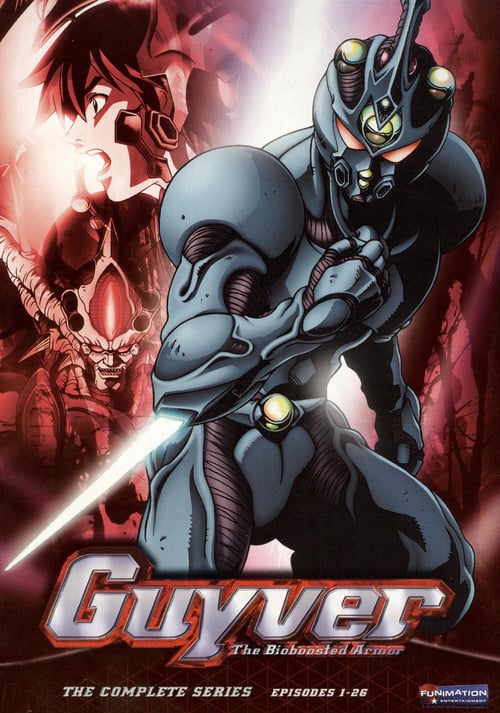 Guyver: The Bioboosted Armor is a Japanese anime series based on the long-running manga series, Bio Booster Armor Guyver, written by Yoshiki Takaya, adapting chapters 1 - 59 of the manga. The production was in association with ADV Films and Kadokawa Shoten. The series first episode aired in Japan on August 6, 2005 and the last episode aired on February 18, 2006. The series aired in North America on December 20, 2010, on the FUNimation Channel.