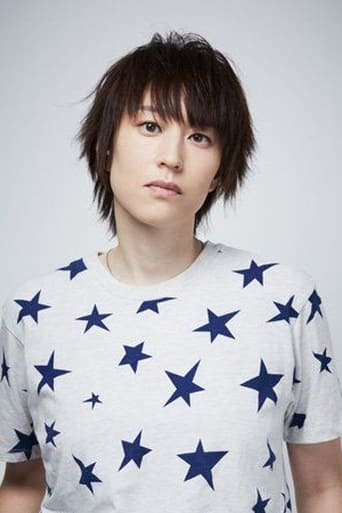 Mitsuki Saiga is a Japanese voice actress. Due to her masculine voice she is mostly typecast to voice manly women or male characters. Her major roles include Tsukasa in .hack, Maria Ross in Fullmetal Alchemist, MakubeX in GetBackers, Wolfram von Bielefeld in Kyo Kara Maoh! Chie in My-Hime / My-Otome, Teito Klein in 07-Ghost and Jing in Jing: King of Bandits. She is noted for having a deep voice that is used to portray male or masculine female characters. She won a Best Supporting Actress Award at the 2nd Seiyu Awards for her work in Moyasimon: Tales of Agriculture, Gurren Lagann and Toward the Terra. She also won the Overseas Fan Award at the 4th Seiyu Awards for her portrayals of Wolfram in Kyo Kara Maoh! and Souji Okita in Peacemaker Kurogane. As the band Mitsuki Saiga feat. Just, she released several albums and singles that have charted on Oricon. Source: Wikipedia Satou Makoto is an alias of Saiga Mitsuki for adult games and anime.