A Long and Life-risking Journey 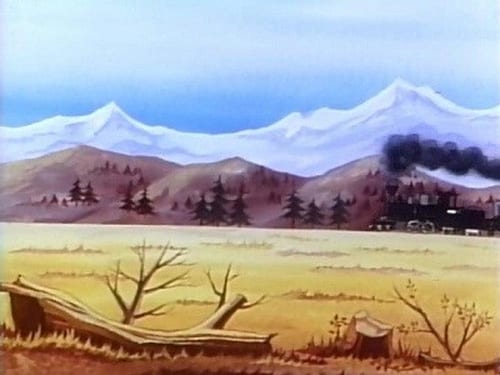 When the orphans and Tom still hope to prevent Candy from going to Graytown, Mrs. Pony explains that Graytown still needs nurses, perhaps even more so in those poor conditions. Candy sets off towards Graytown and discovers Klint as a stowaway. After having been separated from him ever since she started nursing school, she will be reunited with him again. As the journey progresses, the numbers of travelers becomes less and less, until there is only one wagon left, with just Candy and a masked wanted criminal. The stationmaster does not care about Arthur's past who wishes to join the workforce and there is no sheriff. The stationmaster urges Candy to take the train back to Chicago, while he starts the mine train towards the construction site. Candy decides to jump in anyhow and discovers that the criminal is not that bad of a person, when he protects her from an avalanche of stones.