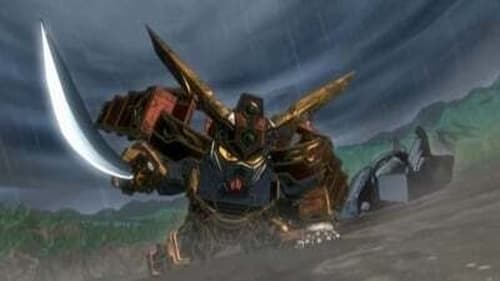 As evil Zaku bandits terrorise the country of Ark. Rekka Musha Gundam comes to the rescue chasing their leader Mazaku for the Scroll of Light he had stolen. Stopping briefly at a teahouse, Rekka informs three young kids about the Seven of Light Gundam team he leads. Suddenly Mazaku's Gelgoog minions set the building on fire. After defeating the minions, Mazaku appears and uses the Scroll to transform into the gigantic Hadou Musha Mazaku. Rekka is easily defeated by his gigantic and powerful foe. The children prepare to surrender but Rekka stands up and cries out. His noble spirit causes the Scroll to abandon Mazaku and give Rekka its true power, giving him the Armour of Light. With his new power and cheered on by the children, Rekka slices Mazaku in half and saves the day.