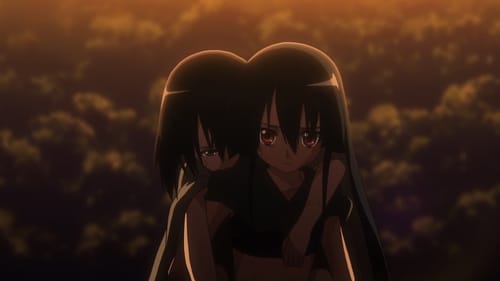 After the massive explosion set by Bols' Rubicante, everyone from Night Raid and Jaegers manage to stay alive. As Bols walks away, he still thinks about the Jaegers as his family and he must regroup with them as soon as possible. Bols meets a wounded girl and treats the wound with a bandage, but the girl responded of how many people does he burned with his Rubicante and it reveals as the disguised Chelsea, piercing a needle on Bols' nape. Bols crawls as he accepts his fate and the only thing he can do is to get home but he succumbs. Chelsea meets Lubbock and she is requesting for reinforcements before Kurome acquires new puppets. Before trailing Kurome, Chelsea disguises herself as Bols. In the Night Raid outpost, they debrief on their skirmish with Jaegers until Lubbock arrives and asking for assisting Chelsea. Meanwhile, Kurome becomes tired and as she recuperates from their previous battle, she recalls her past with her older sister Akame where they're being tested first to become capable assassins. They passed the test but separated on which Kurome was designated on the Imperial forces and was experimented with various drugs to enhance her fighting prowess. After her recollection, Kurome is then joined by Chelsea, in disguised of Bols. Chelsea maintains patience but takes advantage when Kurome shows exhaustion, piercing a needle on her nape. Chelsea seems satisfied and recalls her past on how she wants to change the world by becoming an assassin, from her early days as an apprentice, seeing her master brutally toying people and accepting bribes, to acquiring the Imperial Relic Gaea Foundation on which she kills her master using deception. Chelsea shocks when Kurome approaches her and uses Natala and Doya to kill her. Akame and Tatsumi reaches a town and Tatsumi roams around in stealth, but shocks to see Chelsea's head placed on the top of the pole.