Eye of the Tempest 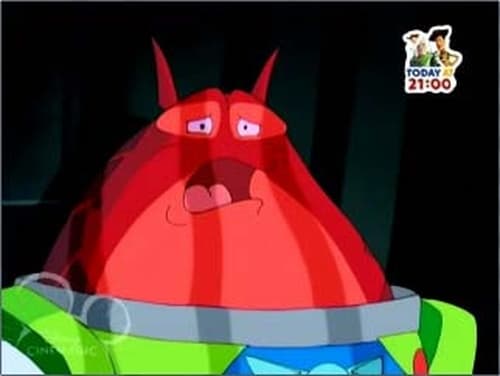 Answering a distress call from a planetoid within ion storm, Buzz encounters Spyro Von Madman, and his daughter, Bonnie. Professor Spyro Von Madman, previously known as Spyro Lepton when he worked with Star Command, was a scientist who had come up with the notion of equipping Space Rangers with a semi-organic energy-absorbing crystalline form, thus resulting in what he called a ""cryborg"" (...very much like the concept behind Star Trek's Borg, but with a crystalline basis), eliminating the need for the Pulsar 400 Envirosuit & Battle Armor that is standard issue for the Space Rangers. Spurned by Star Command, Spyro had gone off into seclusion to further his research. When Spyro had worked for Star Command, he and his daughter were acquaintances with Buzz, and it would seem that Bonnie has been carrying a torch for Buzz all these years. She helps him to escape her father's Cold Slab of Revenge, and to bring her father in. While in jail, Spyro sees Bonnie & Buzz walking together