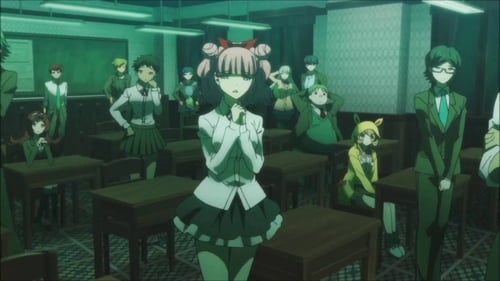 Junko gets Ryota to show her the anime he has been working on, learning that various techniques akin to subliminal messaging are used to prompt emotions from its viewers. Concerned by his absence, the Ultimate Imposter sends Mikan to check on Ryota's dorm, where she is captured by Mukuro and brought to where Junko is having Ryota work. Later that night, Junko and Mukuro break Izuru out of his facility and take him to Hope's Peak Academy, where they coerce a classroom of students into killing each other. As Hope's Peak's principal, Jin Kirigiri, prepares to take his own action, Junko spreads word about the experiments and incidents that Hope's Peak tried to cover up, leading the Reserve Course to rebel.