Aaagh! It's the Mr. Hell Show! 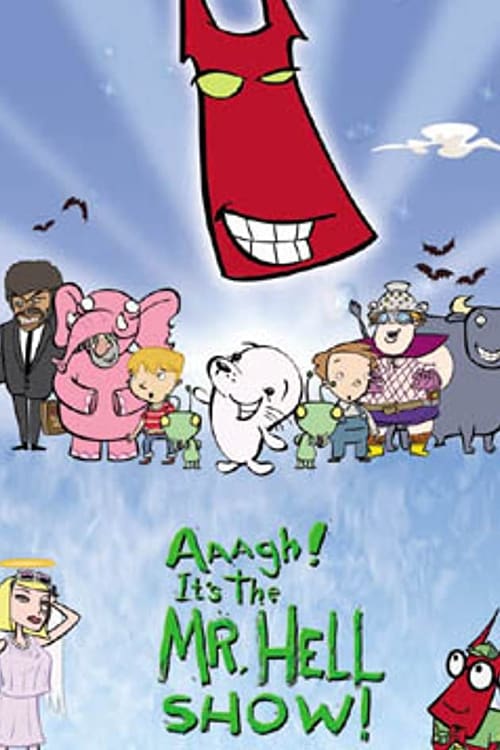 Aaagh! It's the Mr Hell Show is an animated comedy show created by David Max Freedman & Alan Gilbey after the greeting card line about a painfully honest demon created by cartoonist Hugh MacLeod. The series only ran for one season of thirteen episodes in 2001/2002, produced by a British-Canadian collaboration. The basic format was a series of sketches linked by the eponymous Mr. Hell, a Satan-esque host voiced by comedian Bob Monkhouse - the last series before his death. Notable characters in the series include Josh, voiced by Jeff "Swampy" Marsh, who attempts to start a discussion about reincarnation before getting inevitably killed, and Serge the fashion industry seal of death, who wants to take revenge on the fashion industry for killing his parents. Mr. Hell also regularly has his own sketches, some featuring his illegitimate son Damien, the son of Mr. Hell and Angela an angel.