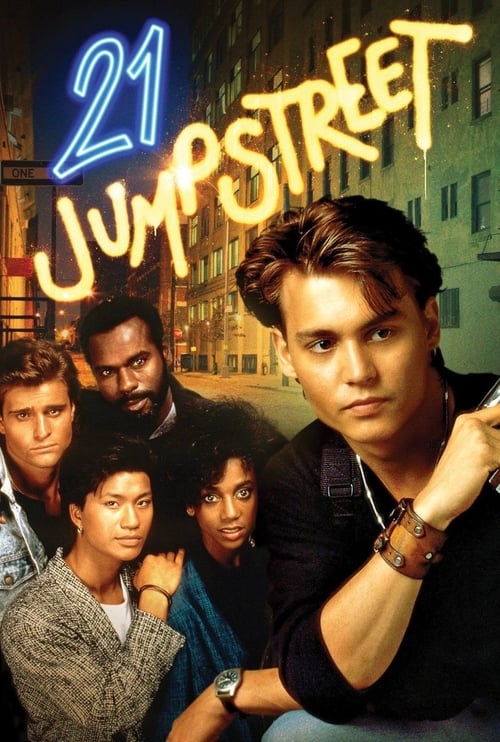 21 Jump Street is an American police procedural crime drama television series that aired on the Fox Network and in first run syndication from April 12, 1987, to April 27, 1991, with a total of 103 episodes. The series focuses on a squad of youthful-looking undercover police officers investigating crimes in high schools, colleges, and other teenage venues. It was originally going to be titled Jump Street Chapel, after the deconsecrated church building in which the unit has its headquarters, but was changed at Fox's request so as not to mislead viewers into thinking it was a religious program. Created by Patrick Hasburgh and Stephen J. Cannell, the series was produced by Patrick Hasburgh Productions and Stephen J. Cannell Productions in association with 20th Century Fox Television. Executive Producers included Hasburgh, Cannell, Steve Beers and Bill Nuss. The show was an early hit for the fledgling Fox Network, and was created to attract a younger audience. The final season aired in first-run syndication mainly on local Fox affiliates. It was later rerun on the FX cable network from 1996 to 1998. The series provided a spark to Johnny Depp's nascent acting career, garnering him national recognition as a teen idol. Depp found this status irritating, but he continued on the series under his contract and was paid $45,000 per episode. Eventually he was released from his contract after the fourth season. A spin-off series, Booker, was produced for the character of Dennis Booker; it ran one season, from September 1989 to June 1990. A film adaptation starring Jonah Hill and Channing Tatum was released on March 16, 2012.