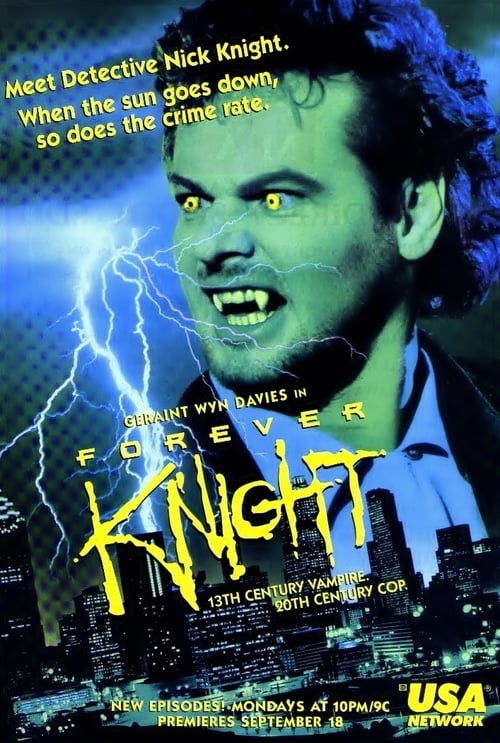 Forever Knight is a Canadian television series about Nick Knight, an 800-year-old vampire working as a police detective in modern day Toronto. Wracked with guilt for centuries of killing others, he seeks redemption by working as a homicide detective on the night shift while struggling to find a way to become human again. The series premiered on May 5, 1992 and concluded with the third season finale on May 17, 1996.