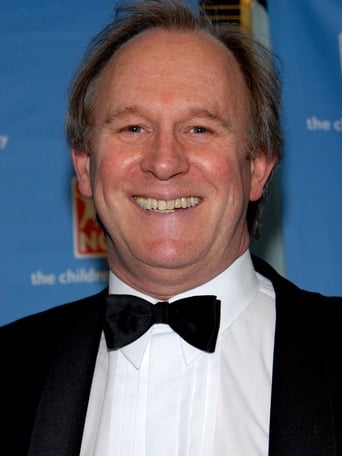 Peter Davison (born Peter Malcolm Gordon Moffett; 13 April 1951) is an English actor with many credits in television dramas and sitcoms. He became famous as Tristan Farnon in the BBC's television adaptation of James Herriot's All Creatures Great and Small stories. His subsequent starring roles included the sitcoms Holding the Fort and Sink or Swim, the fifth incarnation of the Doctor in Doctor Who, Dr. Stephen Daker in A Very Peculiar Practice, and Albert Campion in Campion. He also played David Braithwaite in At Home with the Braithwaites, "Dangerous" Davies in The Last Detective, and Henry Sharpe in Law & Order: UK. Description above from the Wikipedia article Peter Davison, licensed under CC-BY-SA, full list of contributors on Wikipedia.